In 2016, I received a creation grant from Arts Nova Scotia/the Nova Scotia Department of Communities, Culture and Heritage.  Without this support, Wildeornes would not be possible.

Wildeornes is a series of paintings/audio recordings describing my personal reactions and interpretations of urban/suburban/wilderness groundscapes.  The earth beneath our feet is our most immediate physical connection to our environment.  It also reflects dramatic change in the debris field dependent on the degree of human interference.  The soundscape for each location was collected and will be manipulated to further interpret the individual sites.

Wilderness can be defined in two opposing ways: a wasteland, or an unchecked profusion, luxuriance of life forms.  In the first case, wilderness is seen as a space devoid of purpose, awaiting development to give it usefulness.  In the second case, wilderness is seen as an area of value because of its lack of human interference.  Working with regional conservation experts, I would determine the nearest public access to (mostly) intact wilderness from the urban core. 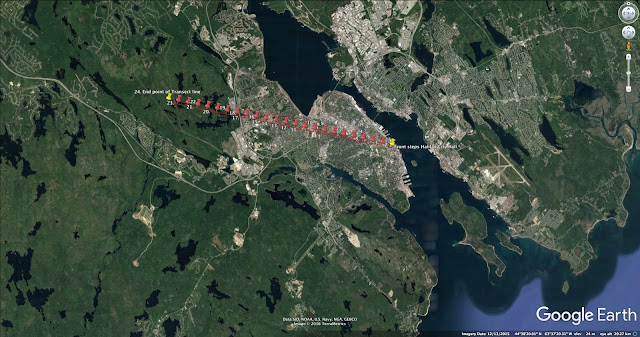 Using GPS, I measured the distance from the City Centre, identified in this case by Halifax City Hall, to the closest wilderness area. I then chose 24 equally spaced locations along that line as the subjects for research. Assisted by Daniel O’Neill, sound recording and editing artist with the Centre for Art Tapes, I collected audio field recordings from these selected locations. Paired with the visuals, they present a more comprehensive understanding of the artwork and the environments that they represent. 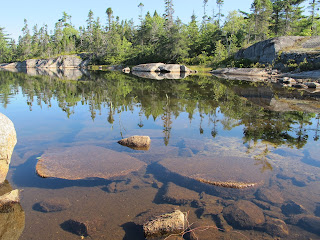 My observations of the movement and placement of the debris in the swash zone along the Bay of Fundy inspired drawings of tidal action and the painting titled Fundy Tidal. Tidewrack creates lines in the sand, is tumbled through foam, and, with elements of both natural and discarded litter, performs a rhythmic dance along the shoreline.

Life on our planet is dependant on the oceans, and the health of that environment reflects the health of the earth.  The energy of the Bay of Fundy, with the highest tides and strong currents, rips kelp from seabeds, erodes cliffs at its edge.  This drama is captured in what is temporarily left behind, only to be erased and rearranged with the next wave.

Fundy Tidal is included in Terroir: A Nova Scotia Survey

Posted by susan tooke at 7:01 AM No comments:


My focus is on Nova Scotia’s environment and the challenges faced in a time of dwindling resources and environmental shift.

With Trees and Tides, I continue to develop ideas concerning these issues.
The old growth forests, sometimes protected, often only existing because of their inaccessibility, provide a glimpse into the past.  New growth and the surrounding resurgence of life offer a sense of what our forests will become.  These patterns of growth reflect difficulties faced with the choice between development and sustainability.

The series Tidewrack is inspired by what is left behind by the tide, a recording of the movement of waves in the swash zone. Small stones, marine animals, plants and debris leave imprints or tracks on the sand, cyphers of activity that remain until the next tide erases, rearranges and replaces them.  I am interested in these temporary placements as a time-lapse recording of the activity of the shoreline.

Gallery Page and Strange, Halifax, will be hosting the exhibition, opening at 6p.m. on October 30.

Posted by susan tooke at 3:03 PM No comments:


Continuing with my interest in the subject of woodlands, I discovered the Backlands last year. With artist Richard Rudnicki and David Patriquin, professor of Biology, environmentalist, and member of the Backlands Coalition, I came to understand this area as a rare and unique ecosystem just a few kilometres from peninsular Halifax.

During the past month, we spent several weeks on Long Island, Nova Scotia. Plein air work encourages an immediate spontaneous interpretation of the landscape.  Drawings are on Fabriano 300 lb. hot press watercolour paper using permanent inks, then toned with acrylic, with additional drawing over the paint, keeping the work lose and free.  Abstraction and pattern evolved.  I have included location photographs taken as reference for possible later studio work. 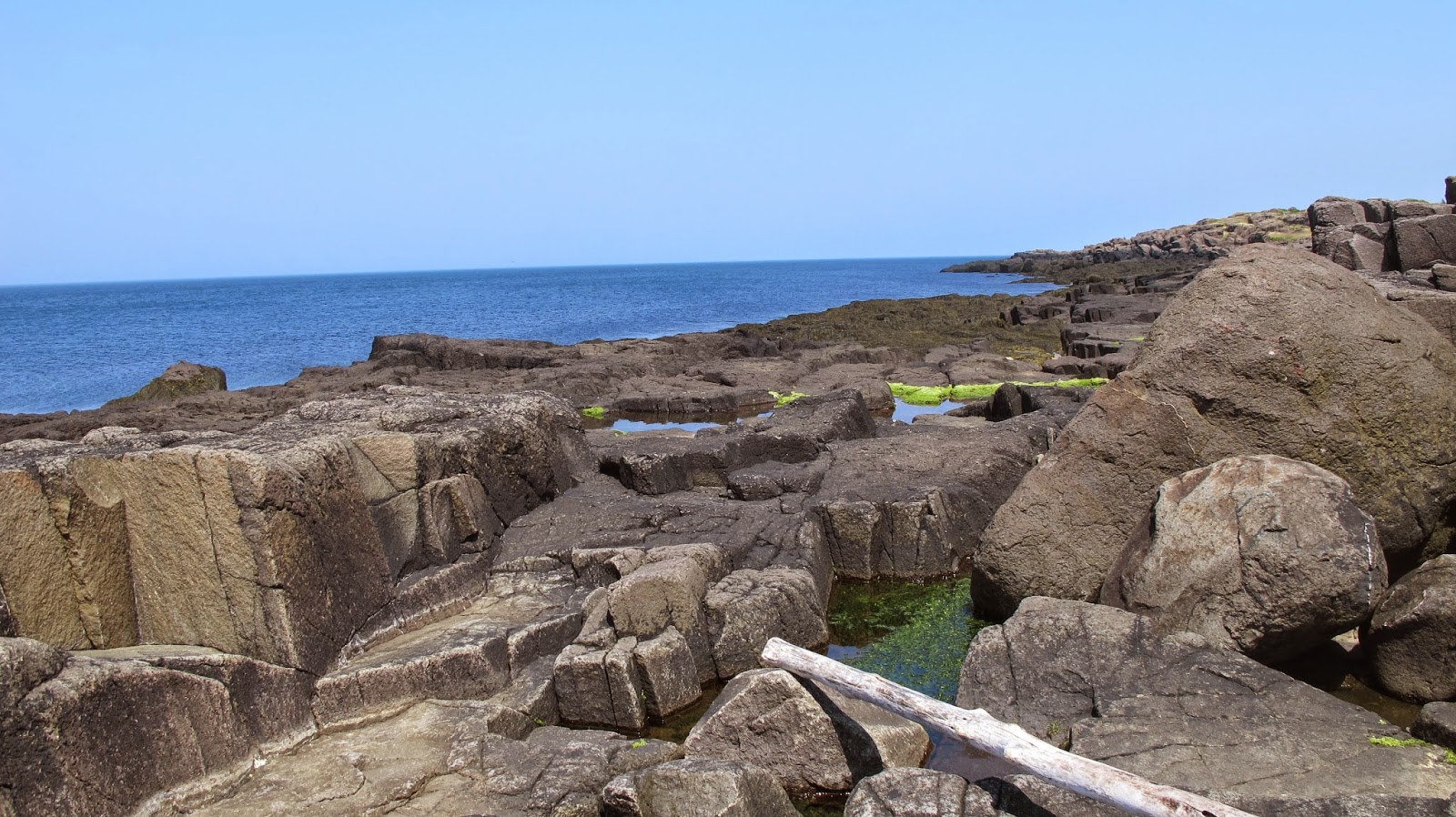 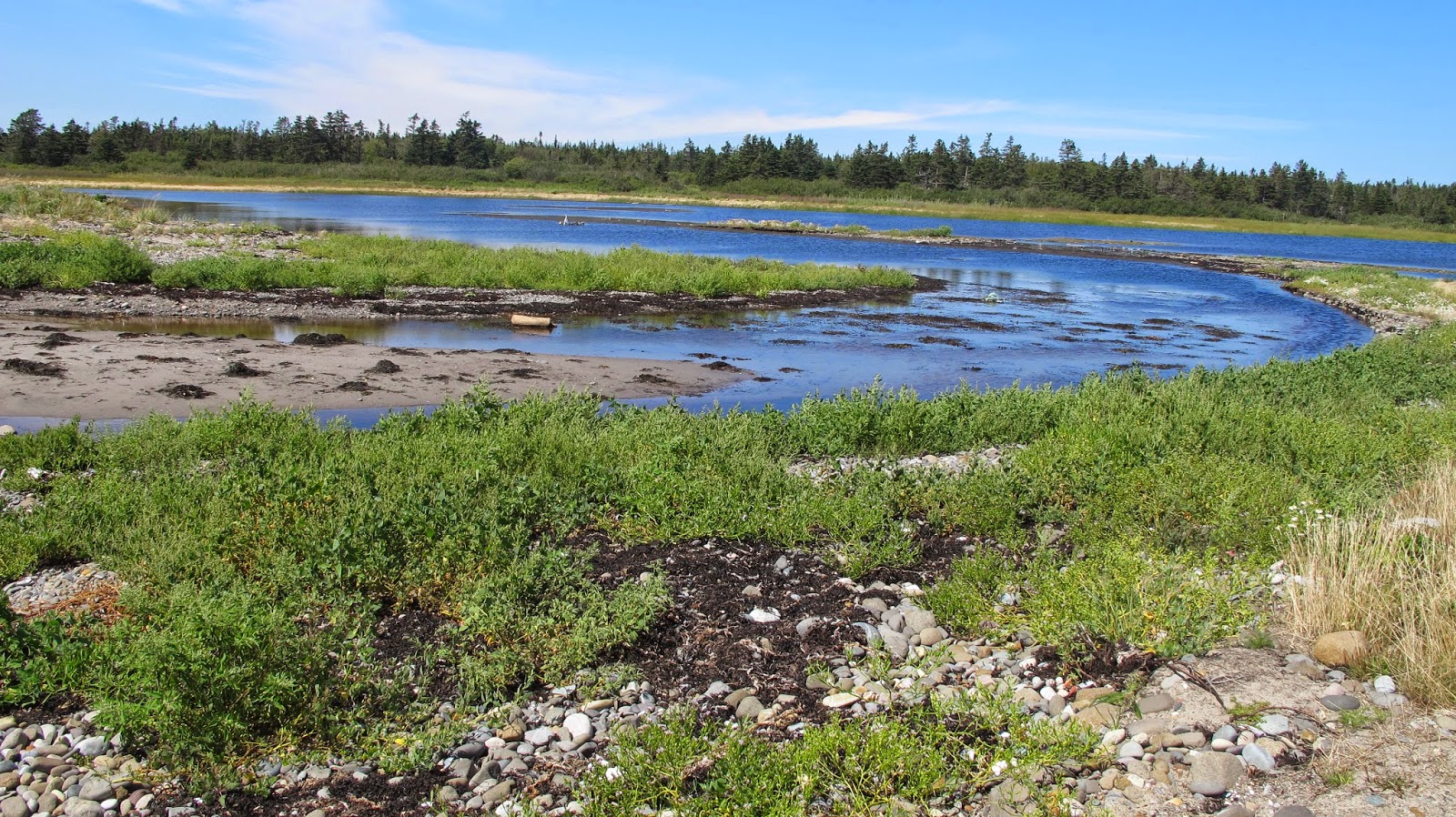 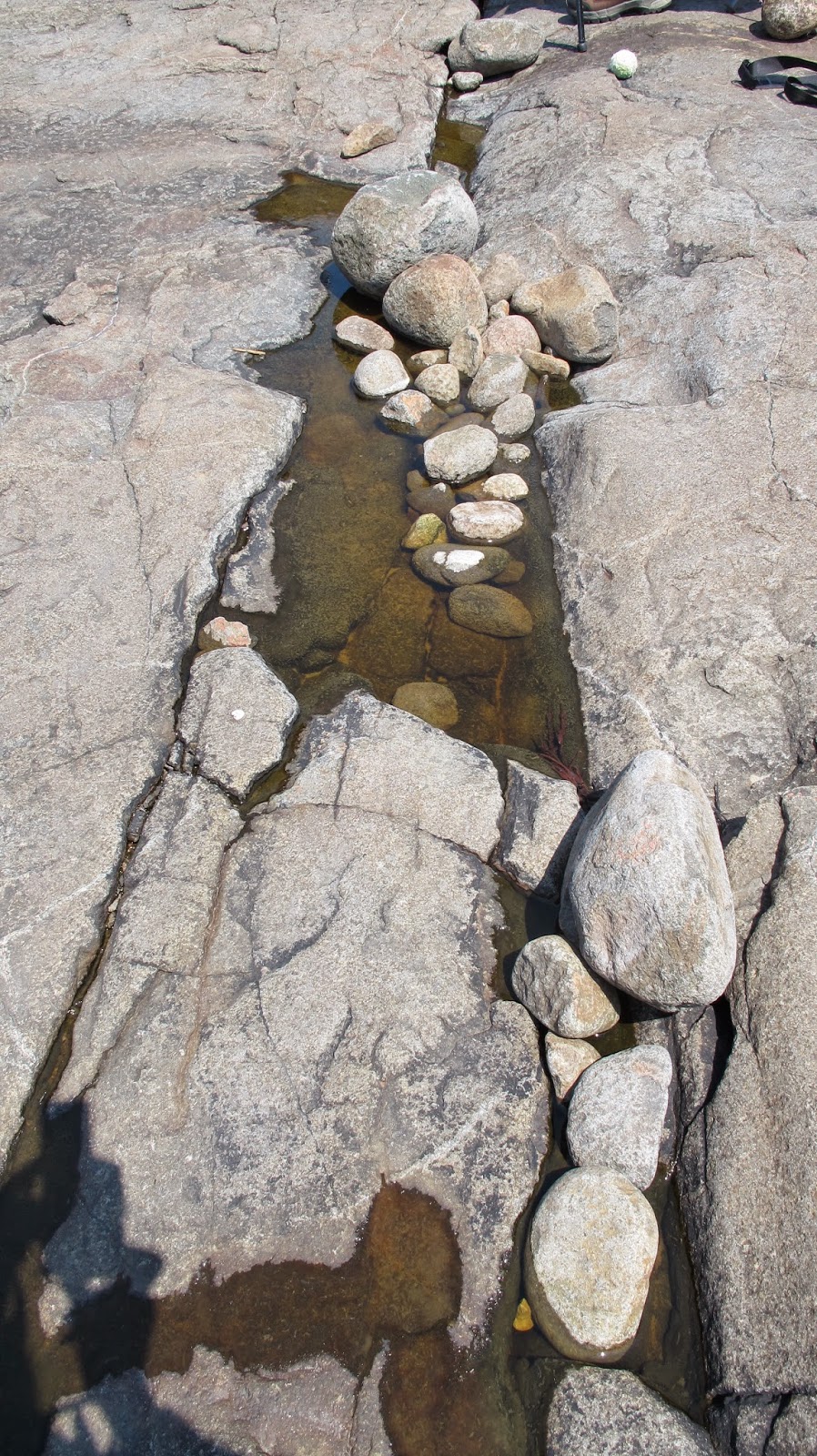 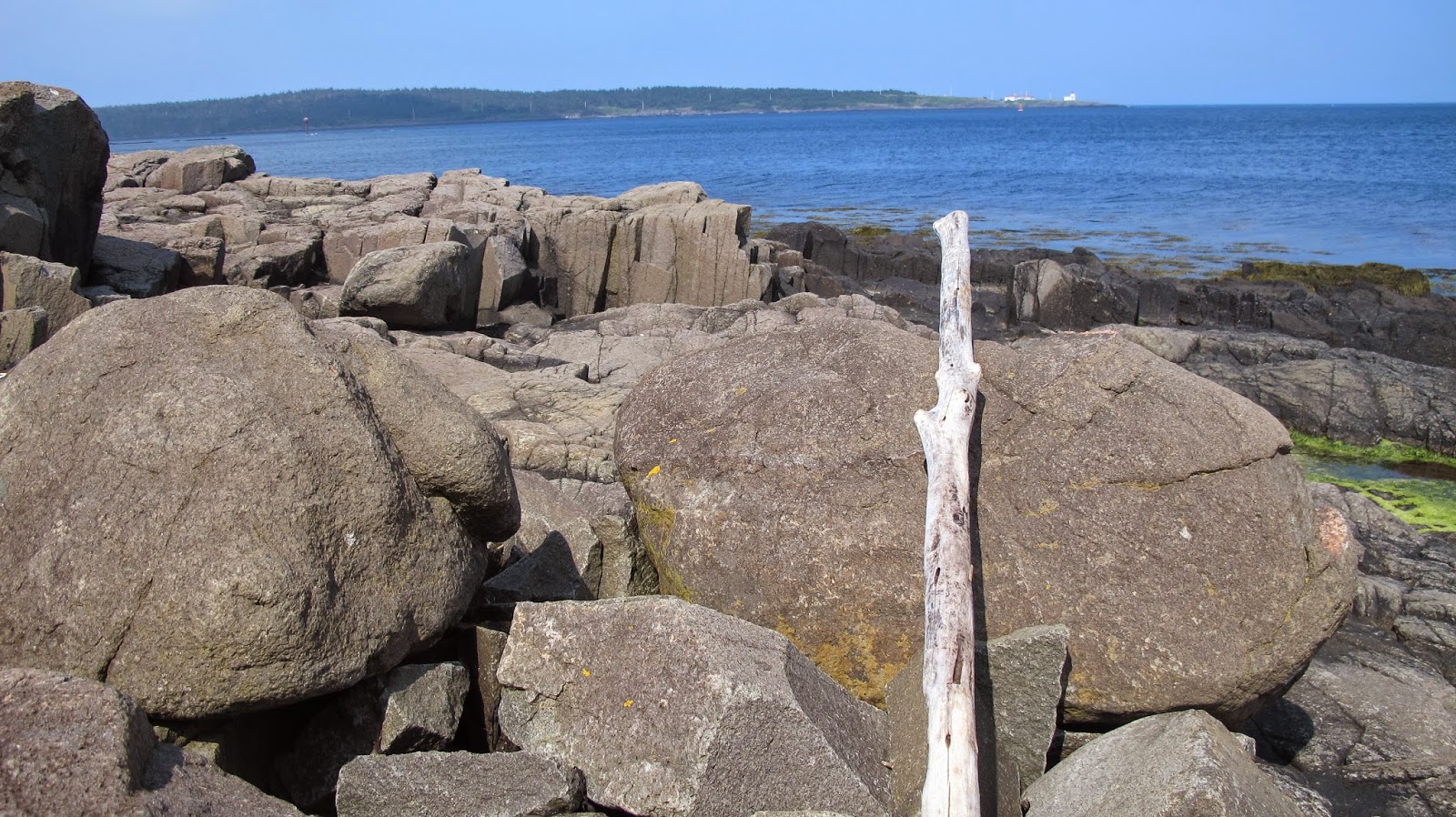 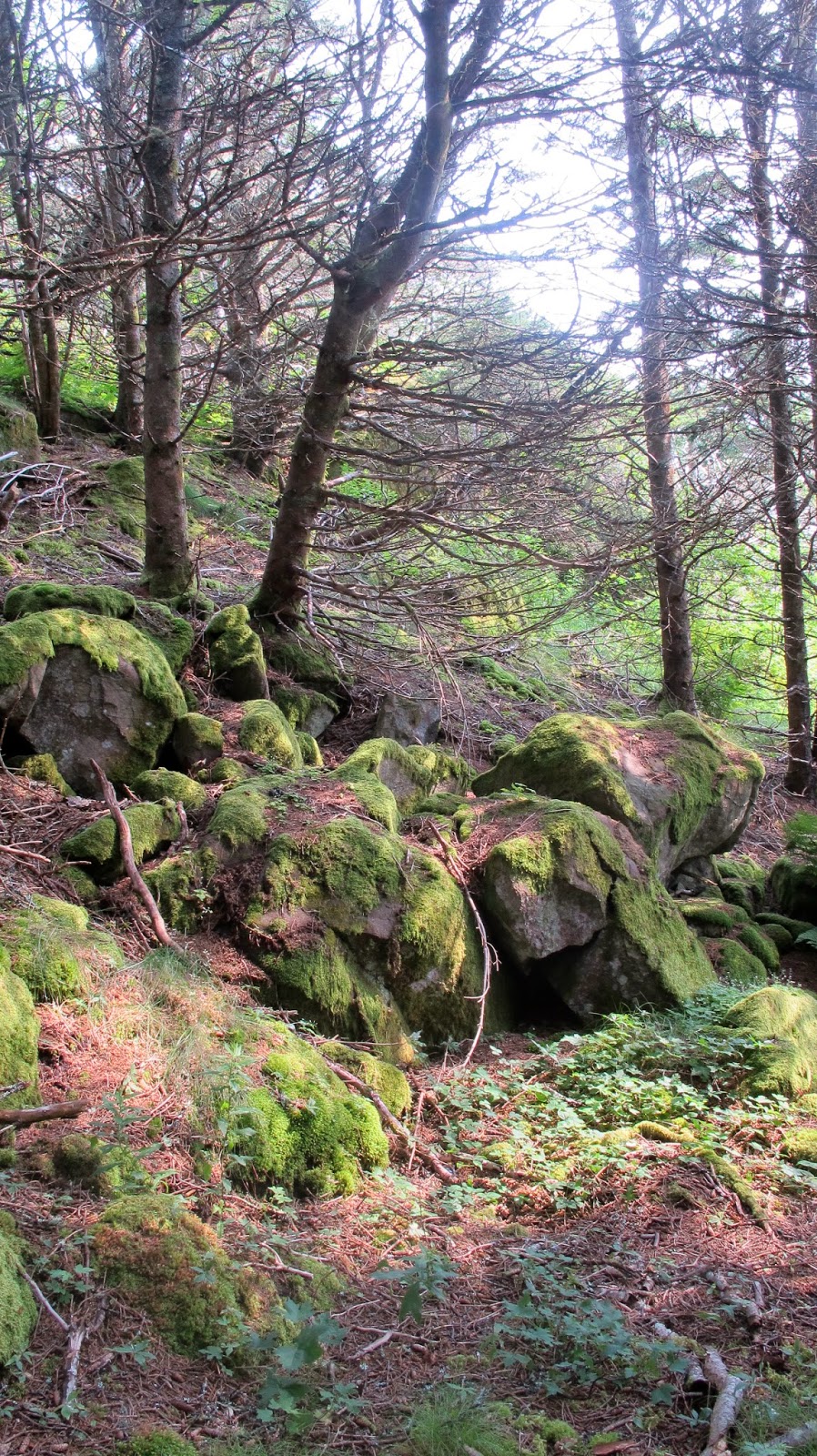 Back to the drawing board

The joy of discovery, working with ink and acrylic on Fabriano Hot Press 300lb watercolour  paper.  Drawing is elemental to the practice of painting.  The immediacy of the line requires commitment which in turn encourages decisions of colour, pattern, shape.  How do you describe a living landscape?  With energy and life. 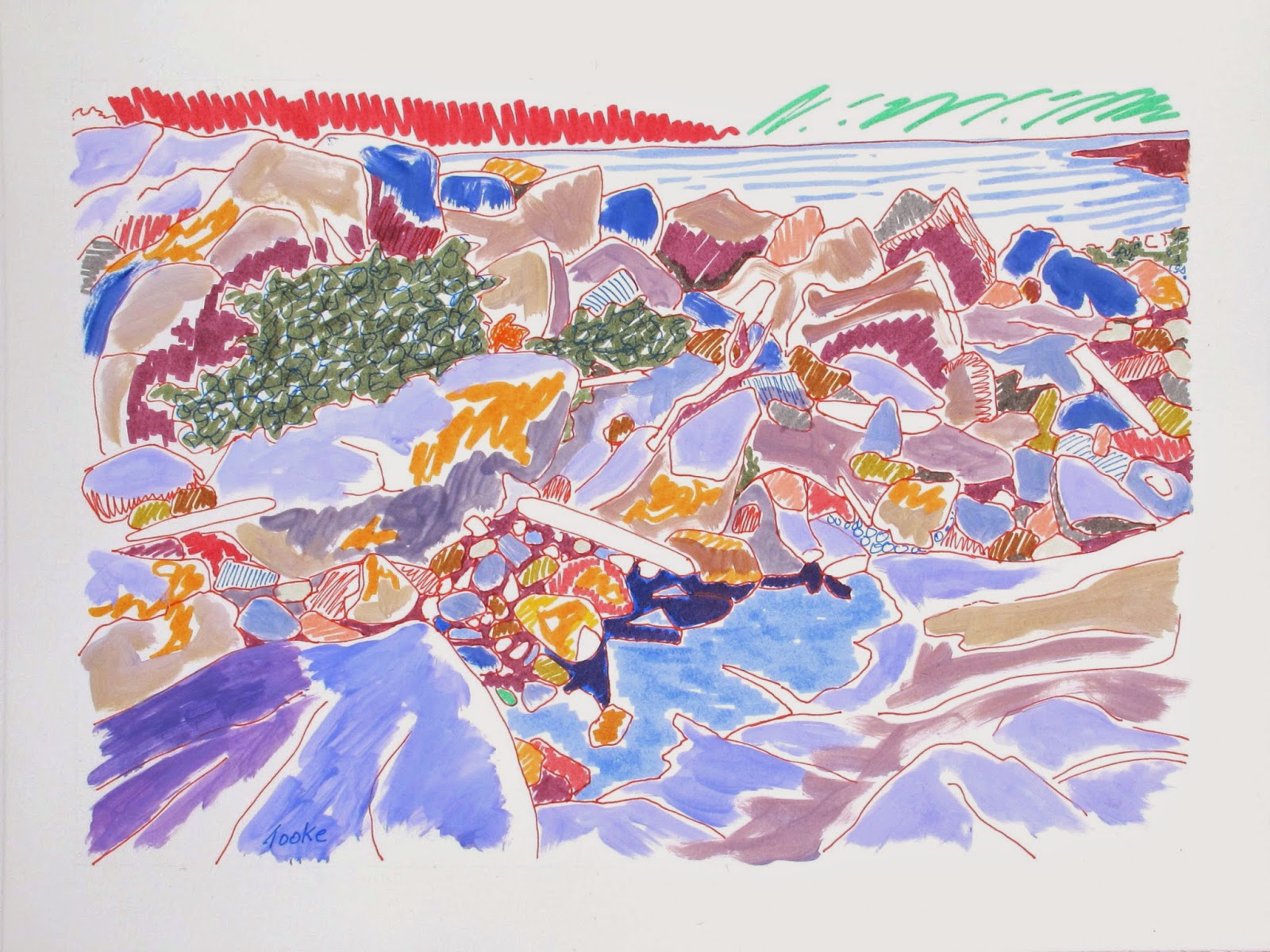 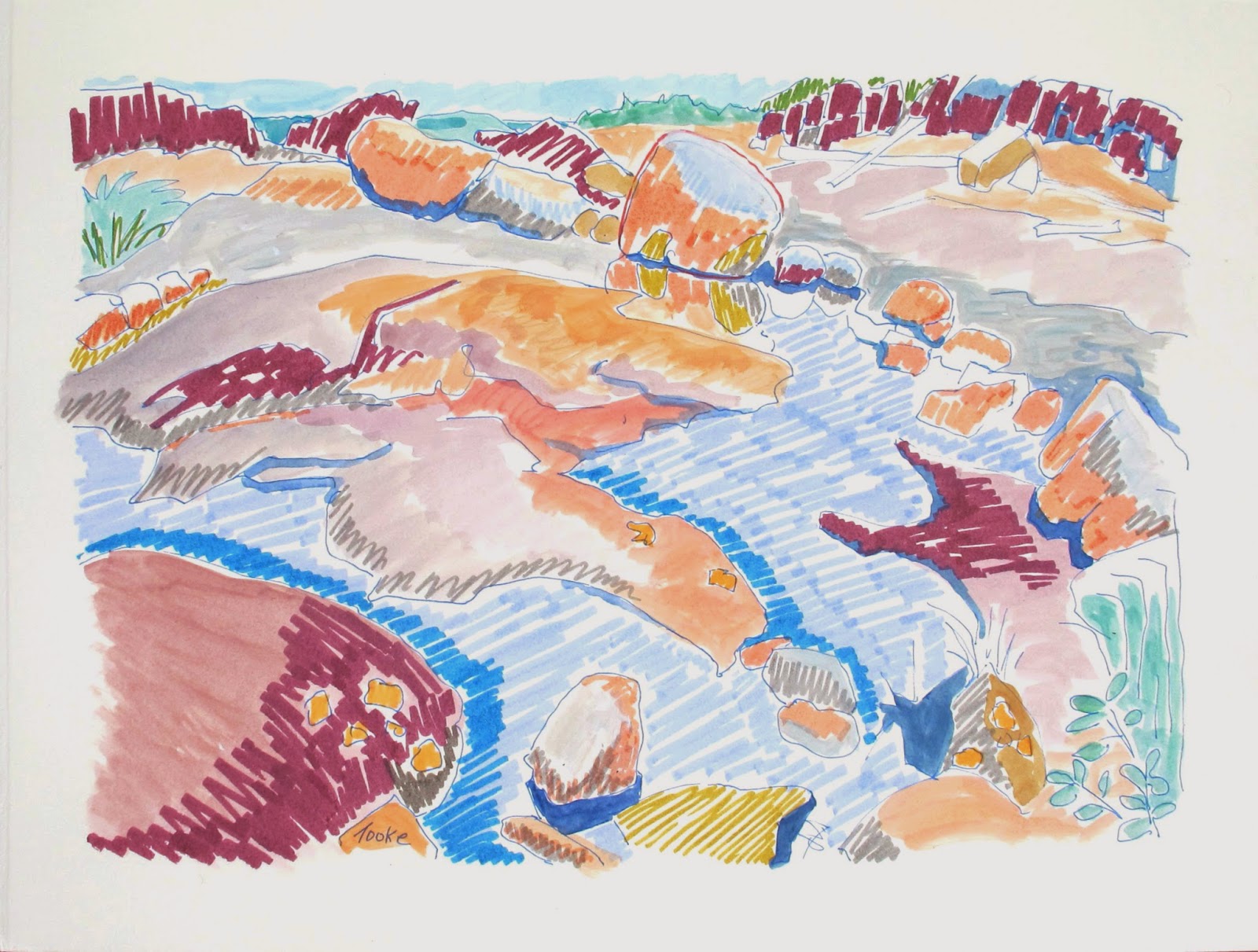 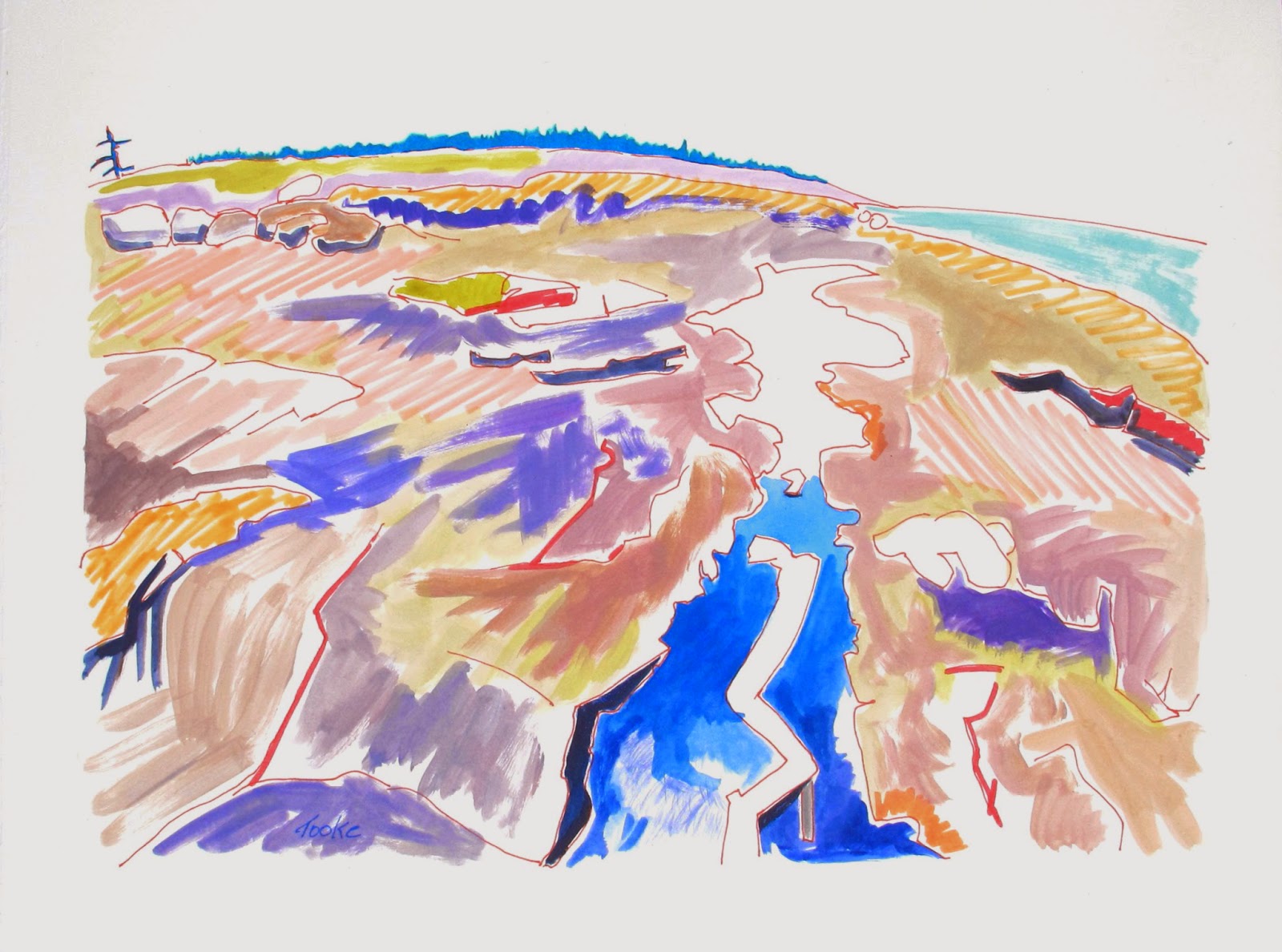 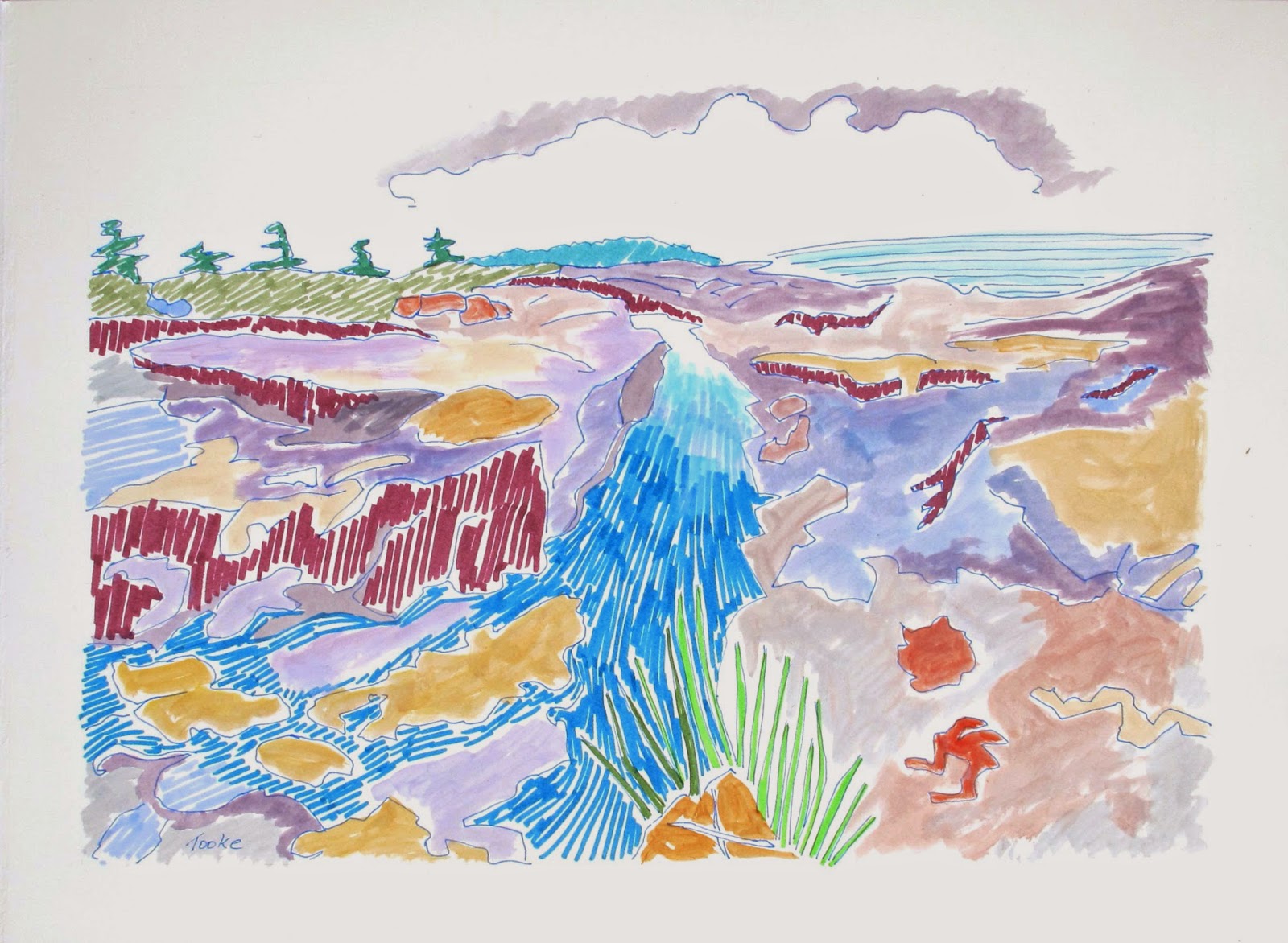